Why Is The Stock Market Down Today 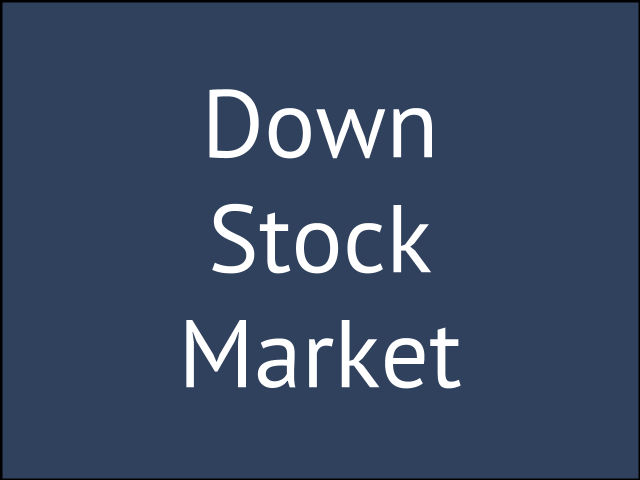 When you look at the market indexes each day, at some point you will ask yourself why is the stock market down today? This question will lead you to look at the major news sources for an answer. Over time, they will give you numerous answers as to what caused the market to close lower. Today for example, the market is uneasy about the "debt-ceiling" in the United States and that Moody's downgraded Greece's credit rating. On other days, earnings reports might have come in lower than expected. The truth is that while there will be truth in what they say because that was the general news for the day, the real reasons are really probably unclear and to be honest with you don't really matter to you as you try and ascertain the general market direction each day.


All you really care about is what the market indexes tell you happened -- not what the "general opinion" is as to why it happened. You'll first want to review each index every day. Those indexes are the S&P 500, the Dow Jones Industrial Average (DJIA), the New York Stock Exchange (NYSE) and the NASDAQ. You'll want to look at each index and figure out whether it closed higher or lower than the previous day. After that, you'll also want to see whether volume was higher or lower than the previous day. When you do this, you'll discover one of the four following situations.

As you learn to do this, you can just read the IBD Big Picture column and let them tell you what happened or you can do what I suggest and that is figure out what happened on your own and confirm it with what the IBD editors think. Over time, you'll find that you can get a handle on what happened instead of why.

Let's use today as an example:

We know from today's market action that the S&P 500, the DJIA and NYSE all suffered distribution days while the NASDAQ did not. This information in and of itself doesn't tell you specifically why the stock market was down today, but it does tell you a more critical piece of the puzzle and that is that it was under distribution. Enough distribution days and it will change the market outlook. Because three out of four stocks follow the trend, and because the IBD currently has several distribution days chocked up for the indexes already, I'm expecting the market outlook might change today to market uptrend under pressure.

This would mean that I wouldn't want to make any new stock purchases and watch the stocks I am in closely. Knowing what action to take with my stock market investing program is much more important than knowing why the stock market today went up or down.

Receive each article via email. Put your email address in the form below and click submit.

The information on this site is for educational purposes only. While I do the best I can to make sure that's it the most accurate, most complete information you can find on the topics I write about, keep in mind things change all the time and I can't guarantee one hundred percent accuracy..